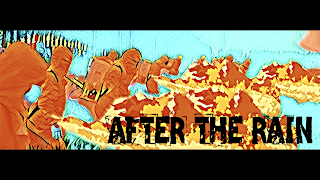 You are survivors in Newmerica, the last bits of viable land of the former United States of America, somewhere in the midst of the Midwest, between the now-poisoned Mississippi River and the toxic landfill of the Grand Canyon.

Everything is ruled by The Unity, an oppressive corporation with ties to older, globe-spanning empires of business and industry.

As a survivor, you struggle to make a living in a society that appears picture perfect on television, despite shrinking forests, frequent acid rain, and intensifying storms.

There is little hope for change, but there is the promise of the elite of society, of having their lives as portrayed on television.

And then there’s the Whisper, a radio transmission emanating from some distant point that breaks the veil created by The Unity, offering up harsh realism of the way things really are in the world.

The question is...will you be swayed by the promises of the Unity...or lured by the voice of the Whisper?

——————————————-
“After the Rain” is a roleplaying game currently in the works. I’m leaning on “Into the Odd” as my basis of a game system, but that could change as I continue to work on this project.
Email ThisBlogThis!Share to TwitterShare to FacebookShare to Pinterest